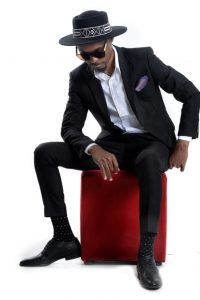 As fans are witnessing the germination of his latest single ‘Phukira’, South Africa based singer-songwriter, Lawi is paying homage to musical instruments in ‘Zitsulo’ his soon to be released piece.

Zambuye.com has it on record that the in ‘Zitsulo’ Lawi seeks to bring into focus designers and manufacturers including materials used in making various instruments at a time when the industry is witnessing the revolution of technology.

Going deep into the song’s theme the Malawian guitarist has exclusively told this publication that, “The gear is often made from wood and steel and that’s exactly what the song is talking about.”

The 2014 Africa Music Awards (AfriMa) nominee, who usually sings in his native language of Chichewa, says this is highlighted in the chorus which goes “tikuyimba zitsulo ndi matabwa”, a line that visualises an instrumentalists artistic playing of steel and wood which are some of the primary raw materials used in making musical gear.

In addition, He says the song ‘Zitsulo’ highlights a listener’s acknowledgement of instrumentalists relationship with their equipment by consequently dancing to the music.

“Don’t waste the music, if it is great then dance to it,” Lawi suggests.

The music producer, aged 34, as also lived up to his message in the new piece by working with his compatriot, BFB, who he describes as a “technical wizard”.

“He is absolutely genius and so we mastered the song together and guess what? We made steel and wood sound beautiful,” said Lawi in appreciation of the digital effort put in by BFB born Jeremy Matewere.


In his own words Lawi, born Francis Phiri, says the video will also capture the idea behind the song.

“The direction and the dance from the youth of Joburg, captured the beauty of African art exceptionally well.”
As viewers will soon find out the video was shot in South Africa by Da MOs, described by Lawi as, “A well known director with great industry experience.”

Lawi is highly appreciated, in his native Malawi, for transforming his act from Afro elements of house and hip-hop with ‘Amati andikawe’ and ‘High morale’ in the early 2000s to his current predominantly afro jazz and soul elements in 2014 following the release of ‘Lawi’ his self-titled album.