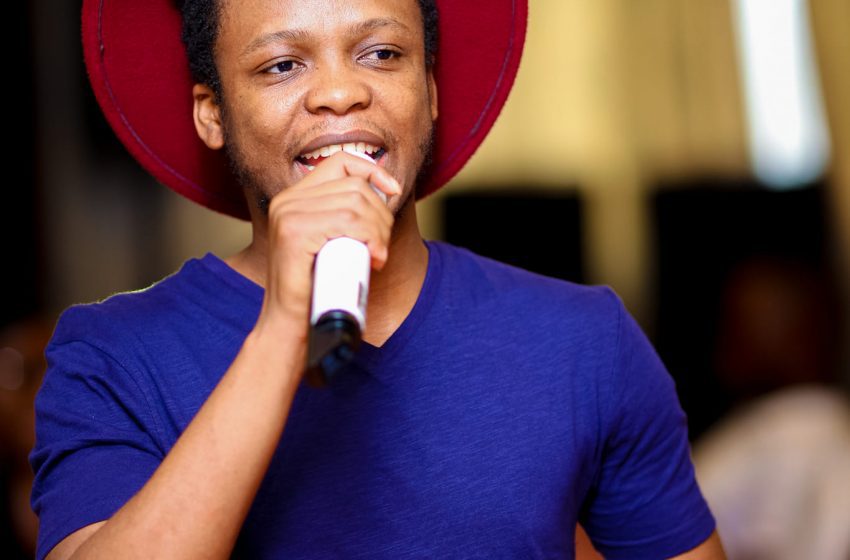 God is okay with a man keeping his hair. – Shammah Vocalz

Shammah Vocalz recently revealed his new hairstyle, and this has attracted a mix reaction with some saying the new hairstyle is unchristian whilst others say one’s hairstyle has nothing to do with your standing with God.

Two days later, Bongo Master, as is popularly stirred another debate on his Facebook page.

The No reverse hit maker in his post is trying to get justifications of one’s hairstyle to be acceptable or out of order in the Christian faith. Shammah explained the confusion how a long time ago different haircuts were out of order, until they became normal and acceptable to the point that if you start keeping your hair long is now wrong and considered ‘Wachamba’ as he put it. 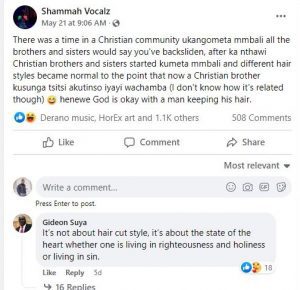 His followers expressed their stands on the issue in the comments section. “I personally do not think that one’s hair style justifies their spirituality or holiness. It goes down to what’s in your heart. Our perceptions are just mixed with culture. Your fans will always have mixed reactions to your choices; don’t argue with them here by trying to justify your decision. Some will never understand. Do what you think is best for you,” explained Martin Jumbo.

He went even further recalling how people reacted the first time Faith Mussa posted a picture with dreadlocks and how the musician handled the situation.

Going down with the comments, it is also clear that some are against this as they believe it is out of order for someone like him to be keeping such hair. Shiko Chimtenje emphasized his argument with reference to what the Bible says, “It is a disgrace for a man to keep hair. Take your time to read the Bible. Don’t let your wishes prevail God’s words.”

Despite the changes that Shammah takes his fans assured him that this can’t change the support they have for him because that has nothing to do with his talent. “Whatever the decision you will choose to make about your hair style, I’m still your number one fun,” hailed Beatrice Kaunda.

Talks about Christianity never seize to have a breakdown, but at the end of the day a Christian is someone who internalizes what constitutes Christ.