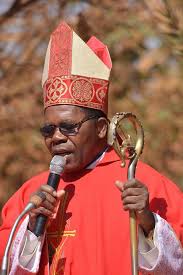 The Episcopal Conference of Malawi has announced the death of Archbishop Tarcisius Ziyaye of the Lilongwe Catholic Archdiocese.

In a press statement signed by Episcopal Conference of Malawi secretary general Father Henry Saindi, the Archbishop died this morning in Namibia where he was receiving treatment.

The statement further say details of the funeral arrangement will be made available later.

The Most Reverend Tarcizio Gervazio Ziyaye, DP, was born on 19th May, 1949 at Khombe Village, Ludzi Parish, Mchinji District. He was ordained priest on 14th August, 1977.