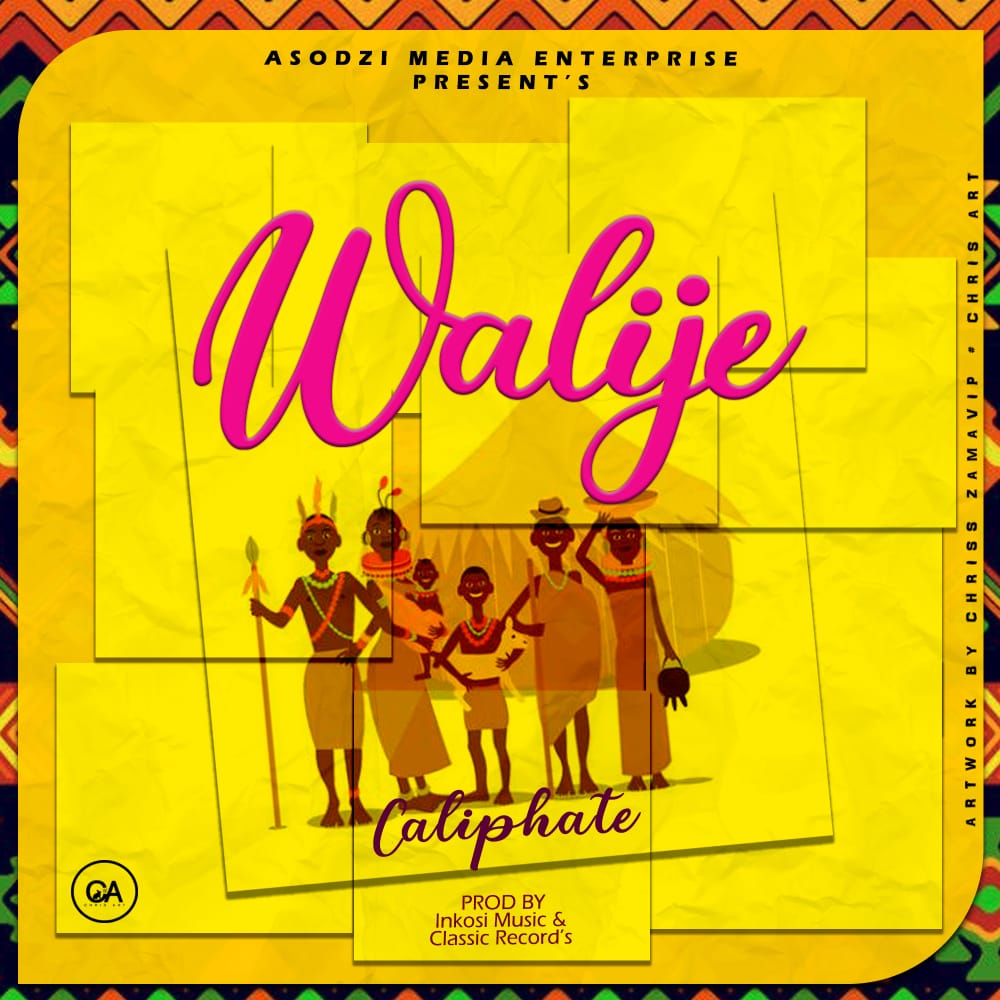 Being an up and coming artist, one spend months even years wondering about on various set of genres existing in music arena in pursuit of trying to settle for a well vested genre in accordance to one’s preference, vocal strength, vision and capabilities.

But for a young vibrant up and coming artist like Caliphate, it seems his musical horn is budding at a faster pace than expected proved by his recent single “Walije Ngumvu” a song compiled with various languages giving it a nectar element for gospel lovers ears.

From the title “Walije Ngumvu” which is comprised of 2 languages as for “Walije is a Tumbuka word meaning Don’t Have” whilst Ngumvu is a Ngoni word for Power, and in it’s fullness it means “Don’t have Power” the artist intends to dare the devil to lack power to counterattack God’s children and proclaiming superiority Christians attained following Jesus Death on Cross of Cavalry.

With so much available for people  to listen to across various platforms Caliphate’s piece is likely to steadfast for a while as the song has been crafted with mature lyrics.

And the fact that the piece has been looped excitingly is another reason  the song is to remain on airplays as the vocals were produced by Classic records while the Beat was produced by Inkosi music.

In one of the interviews the artist disclosed that Walije was derived to express how the devil no longer has Authority or power over the life of a believer and He is telling the devil that he is done working for him and he has realized the power he has to shun away from evil paths.

Born as Robert Salanje, Caliphate has grown up listening to all sort of music, he used to memorize music and Write down the lyrics of his favourite songs in a notebook which gave him the passion to try and write his own music but little Caliphate was not comfortable of going to record in a studio have an ideology that music was for grown ups.

Whilts still hidding in his cocoon, Caliphate explained his zeal for music to his friend who help him to gain an extra mantle to take his music further having asked him to hit the studio, and in 2019 the artist recorded his first song “Daily Bread” which did  not make to public domain due to it’s novice but he later recorded an official tract subbed “Mantha” which he took to the public domain.

With his wings budding Caliphate has a vision to take the God given talent as a podium to proclaim God’s message  citing “I want take this platform as an Advocate for the deeper things of God,Make people understand Christ and Salvation through Christian Hiphop Music.”