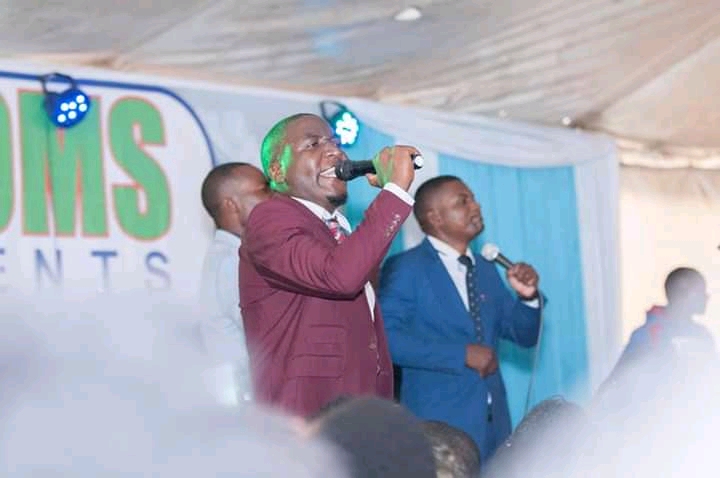 The Lilongwe based gospel music trio the Marvelous Deeds kick-start 2021 in style as they mesmerized Blantyre gospel music lovers with a grand marvelous celebration.

The celebration which was hosted at Robin’s Park on Friday 1st January 2021, saw Blantyre based gospel artists like; Saxess, Shammah Vocals, Robertson Muzik and Clara Ngulube sharing stage with Lilongwe based giants including Ennoh Mwana wa Igwe and the Marvelous Deeds themselves.

Speaking on the sidelines of the event one of the group members Abel Sanena expressed satisfaction on how people turnout to support the event saying the event earmarks the trio’s 2021 music journey.

Sanena disclosed that the group is currently finalizing its 5th album which is expected to be out early this year.

He said: “The celebration has acted as a blueprint for the coming five years and we are really impressed on how people came to support us. We also introduced one of the songs we have in our pending album.”

“Since the launch of its album Back to sender in we have been on our toes yearning and aspiring various means of appreciating the unwavering support from their fans hence the genesis of this event today.”

Sanena also disclosed that the trio has also developed a record label whose main purpose is to help in unearthing and promoting up and coming artists as the group is also to incorporated into a company.

He said; “Through the upcoming album we are to embark on a national tour where among others we are to go in different places to identify artist that cannot manage to come up with an album we will be featuring and promote them on this brand.”

Having released their first album Matamando in 2005 which had headline song  Andigwile Ndani? the marvelous deeds rose to fame in 2009 with their album Mulinane Cholinga that had hit-song Mfumu Mukhale, in 2013 they released Sanathane Nane album that had Chimwemwe Changa hit-song that toped gospel charts and then in 2017 the trio released the Back to Sender album.

Throughout their music journey the group has also been participating in a number of major events in the country such as being regular gospel performers of Sand Music Festival and Blantyre Arts Festival, in 2015 they were the best gospel group in the Music Union of Malawi Awards.

Among the artists that graced the occasion with a profound performance was Robertson Music who also described the concert as a success having seen gospel artists coming together to give out best performances on new year.

Robertson said; “today’s performance was my new year present to my fans that came through to support the Marvelous Celebration because to me 2020 has been a good year having grown tremendously musically.

“In 2020 i managed to release 3 music videos and I went to perform in Zambia, therefore my fans should expect more projects this year.”