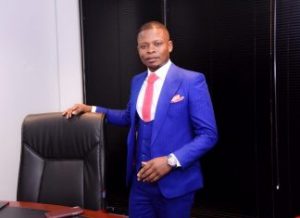 Department of Justice and Constitutional Development has said no document was illegally removed on Monday during the case involving our spiritual leader Prophet Shepherd Bushiri.

The department was responding to a video and pictures circulating on social media which purport that documents applicable to the case of Prophet Bushiri, his wife Mary Bushiri, Willah and Zethu Mudolo and Landiwe Ntlokoane had been illegally removed during the proceedings at the Pretoria Magistrates Court yesterday.

“The Department conducted a full investigation and in this regard, it can be confirmed that the bench notes of the magistrate are in possession of the relevant court officials,” read a statement signed by the Department spokesperson Steve Mahlangu.

He added that it is standard practice for the clerk of the court to retrieve the charge sheet, as the custodian of the court records, for further processing and storage.

“The interaction between the clerk of the court and the journalist seen in the video/images was based on the journalist requesting to have sight of the charge sheet. This is allowed and does not imply that any documents were removed from the courtroom,” he said.

He further noted that all dockets are held by the National Prosecuting Authority after they have received same from the investigating officer in the South African Police Service.

“The docket never gets transmitted to a magistrate or judge hearing a matter. Therefore, the docket was not part of the documents that were exchanged between the court officials seen in the videos/images,” he said.