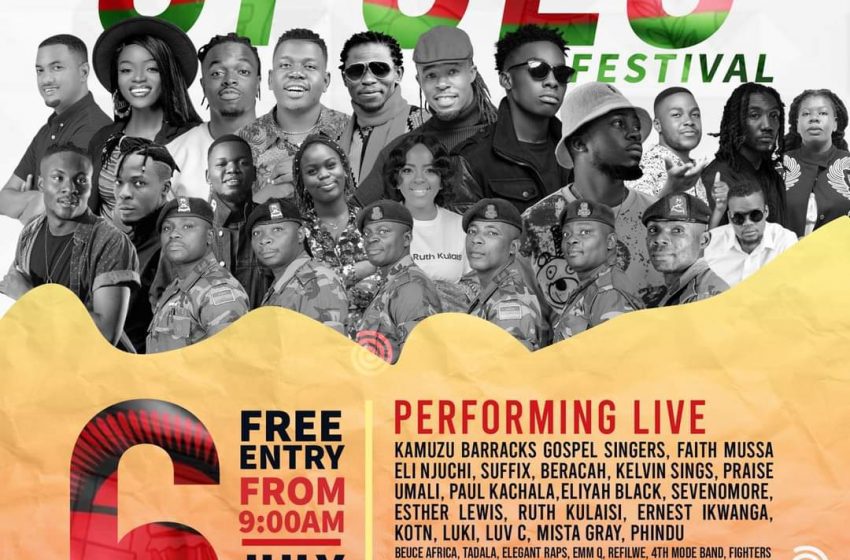 Speaking to zambuye.com one of the event organizers Pastor Humphreys Mkandawire of Flood Church Lilongwe assured the public that they are so ready for the festival.

“We are excited that we are doing it after a long time and the preparations are going so well.  This year’s festival will be hybrid as we will have it blended for an online as well as a physical experience. We hope that people will come through, it’s going to be an amazing experience,” he explained

Pastor Humphreys stated that the great event will be hosted by Ruth Kulaisi, Cynthia Zulu, and Joy Nathu. It is interesting to have Ruth Kulaisi who has in the past performed at Ufulu Festival two times and who was last year’s host to be hosting this year’s event at the same time performing on a line up that is male dominated.

Ruth expressed her excitement as hosting with these two (Cynthia Zulu, and Joy Nathu) is going to be epic.

“The icing on top for me will be performing with a band that is always sure to bring top-notch music. It will be awesome to celebrate UFULU our freedom on independence day,” she highlighted.

For the second time the Ufulu stage will have Beracah performing. The R&B gospel star, Beracah expressed his excitement  and called out to people to show up on this day when he spoke with zambuye.com.

“I have performed at Ufulu once and i’m really excited to be part of the performers this year too. This event is really to celebrate our country but above all our freedom in Christ. So I would really love to share this experience together. I hope to see many people there,” he explained.

This year’s Ufulu Festival will take place at Civo Stadium.  Some of the artists who will be performing live include; Faith Mussa, Kamuzu Barracks Gospel Singers, Suffix, Eli Njuchi, Kelvin Sings, Luki, and Praise Umali just to mention a few.

Ufulu Festival is organized by Flood Church Malawi. The event, among others provides an environment of awareness and response to the gospel, mental health, and justice.  This year’s event gates will be open from 9:00 AM, entrance is free.