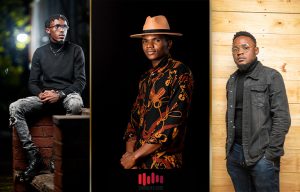 Some of the best artists in the game, Sir Creedy, Saxess and Cozizwa have delivered a hit single titled Progress, the first of these music geniuses in one masterpiece.

When contacted, Sir Creedy said the song is a prophetic declaration, as the word of God encourages us to speak what we want to see happen. It’s also a song of thanksgiving for all the things that could’ve never happened without God.

Produced by Asodzi and Cozizwa, the song has taken two years to be completed.

The Dancehall Apostle as he is popularly known disclosed that he received the melody of the song when he was in class in 2019.

The Miyala hitmaker, Cozizwa, said “as an artist, this is the first time I worked with these two on one song. However I have worked with them on separate projects each.I featured in Nah Fret a song by Sir Creedy, and did a number of projects with Saxess but one that people can remember is a song called Dyodyodyo.”

“Saxess and I, grew up together in Zomba and went to the same church we had a music crew called New Generation Worship NG Dubz, but this project is special. The experience was amazing being able to create music with these talented artists that inspire me a lot already. They are all hardworking artists.”

Saxess, a gifted singer whose recent work, Without You on Gratitude Riddim continue to enjoy airplay and online streaming, said it was a challenging experiencing working with talented artists representing different genres. Saxess came into the limelight after releasing Inuyo Yesu.