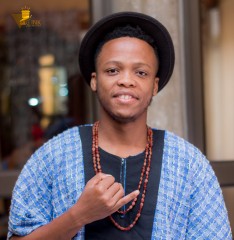 In Shibobo the artist seeks to preach the art of discipline in one’s endeavors as he repeatedly talks about he need to work in silence and maintaining humble heart as a person advances in various sects of life.

Speaking to zambuye.com Shammah explained that it is of integral importance for Christians to glorify God with numerous gifts given to them instead of boasting which in turn attracts the attention of ill-minds.

He said; “The concept is simple, working in silence and letting people only see the progress, because alot of people tent to talk too much about their plans ending up failing.”

“Shibobo is a word mostly used in football, originated in South Africa where by it means foolish the opponent in the pitch. Marrying this concept to my song am trying to communicate to people to get used working in silence only communicating with God.”

The artist also highlighted that he thought of deriving the concept having noted that many people tend to publicize their problems and achievements on social media which sometimes contradicts to God’s words of taking everything to God in prayer.

“I have see so many times on social media where one could put out all his problems or life issues on there, and people would comment, some positive comments and some negative comments, and it gave me an idea on how I can reach out to people to learn to communicate to God on everything rather than letting the enemy feel victorious when we cry out lout on social media.” –He reiterates.

On 2021 musical outlook, Shammah pinpointed to have a lot of audio and visual projects yet to be released this year and he is also to embark of more concerts as well as charity if the spiking cases of covid-19 diminish.

“This year 2021 God willing I have a lot coming, talking of songs, both video and audios are many, no album just singles. And more concerts if the pandemic subsides (I pray it should). More charity work and well I should just say a lot.”

The song has been produced by AB Malinga of Melodix studio in Blantyre.